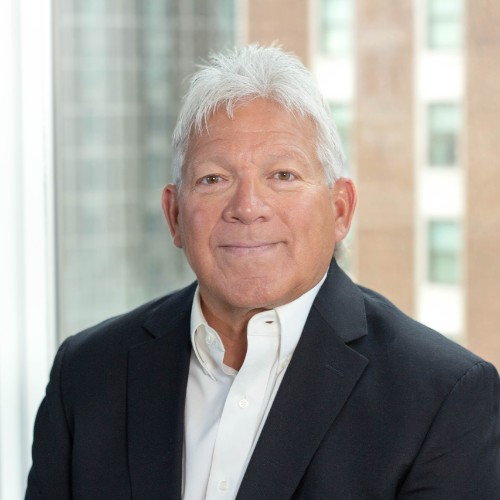 Rob has 14 years of experience at Blackford, with over 41 years in business and leadership roles. He specializes in M&A, post deal integration, new business ventures, start ups and turnarounds.

Rob Leonard is an Operating Partner at Blackford Capital. Rob is well known throughout the imaging industry and began his career in the imaging supplies business as a co-founder of ICMI, one of the first toner manufacturing companies with a primary focus on Japanese type toners.

Rob successfully led ICMI to become the largest aftermarket toner manufacturer in the business producing various products for OEM’s VAR’s as well as the rapidly emerging laser printer and copier channel with annual revenues of more than $35 million before selling it to Nu-Kote in 1991. He stayed with the company to run the non-impact division of Nu-Kote. After executing several acquisitions, He grew Nu-Kote from $180 million in sales to $400 million, taking the company public in 1999.

Rob was heavily recruited by Ed Swartz, CEO of Static Control Components (SCC), a supplier of remanufactured imaging parts and computer components based in North Carolina. During his 9-year tenure, Rob brought SCC from $46 million in revenue to nearly $400 million, making it the largest aftermarket chip and components manufacturer in the world.

After his time with SCC, Rob joined Blackford Capital to become part of the Bond Street team to aggregate and integrate a fragmented dealer channel resulting in 10 transactions within 24 months and successful exit and transaction as that portfolio was sold to Richmont Holding, a Dallas-based PE firm. After spending four years with Richmont Holding, a $2 billion private equity group in Dallas, Rob joined ACCO Brands in 2012 to turnaround the struggling $130 million technology sales division GBC. Within 10 months, Rob was able to reverse 5 years of consecutive losses and return the division to profitability, delivering the highest income within the company.

Rob was also recently a new business development consultant at Amazon, where he was tasked to research, develop, and implement a new $100 million technology initiative for AmazonBasics, Amazon’s consumer electronics brand.

Meet the Rest of the Team